welcome to the 21st century! Please enable javascript in your browser, as this site relies heavily on it.
Zwischen Grenzen

Zwischen Grenzen is the result of a ten-day excursion to the Bosnian capital of Sarajevo with students of the Master's degree in Communication Design at the HAW Hamburg in the winter semester 2019/2020. 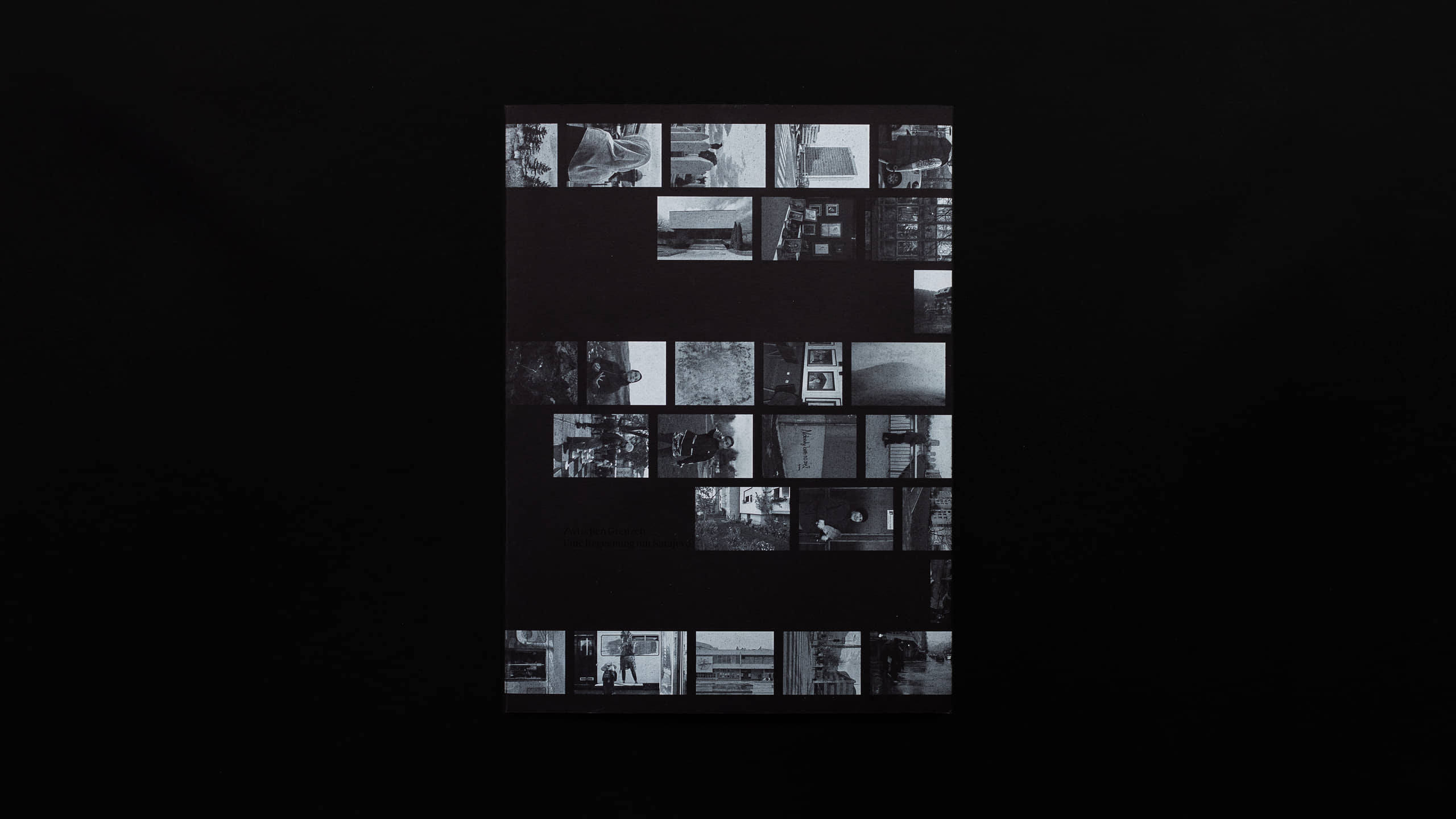 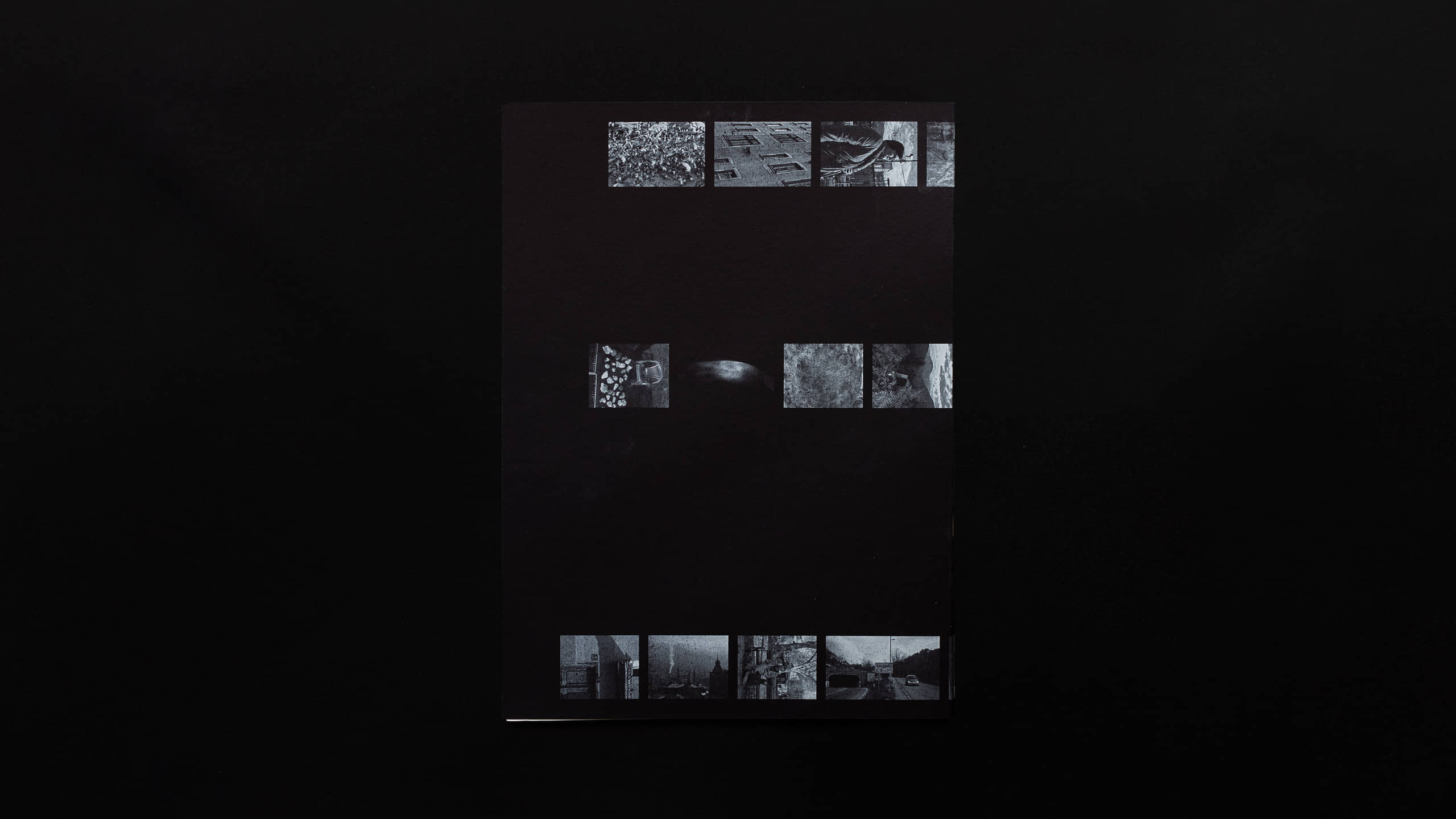 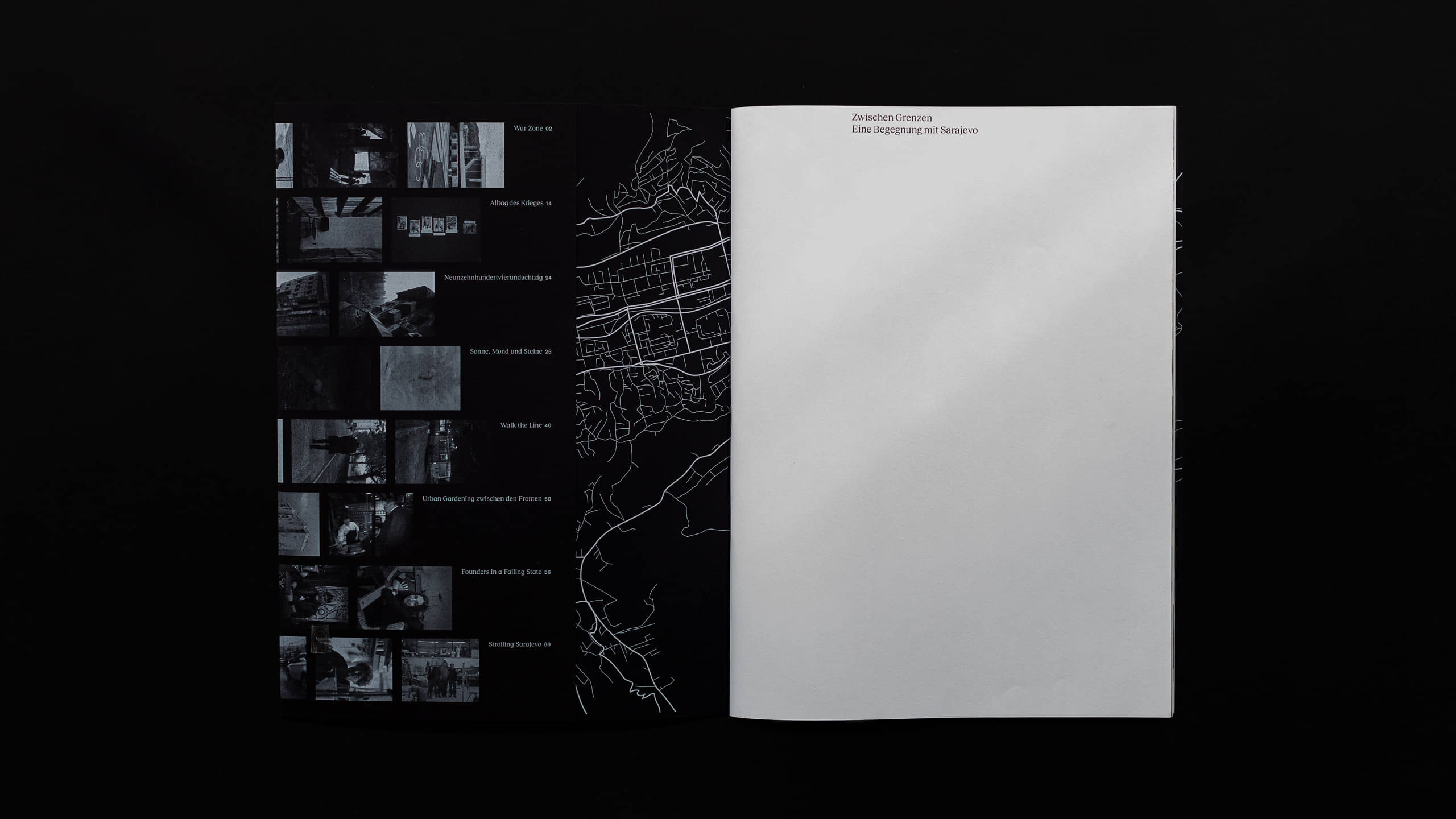 The cover features all images in the magazine as film strips on the outside and a map of sarajevo on the inside. The page numbers of the stories can be fund next to the corresponding locations on the map.
The cover is digitally printed with white color on high density black cardboard. 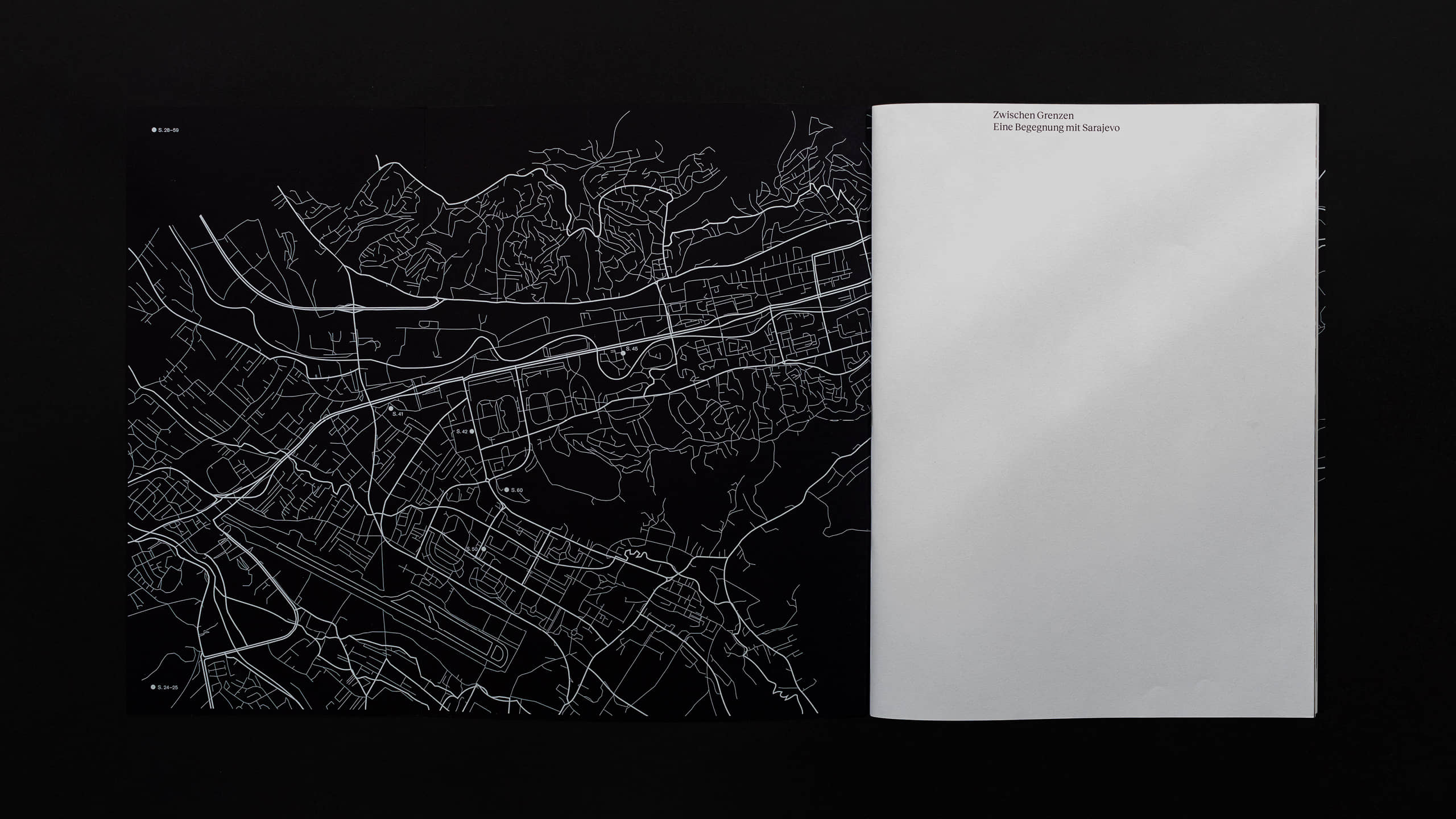 Besides participating in the conceptual process, the design and the layout I also worked on my own narrative for the content. I began the journey with alot of randomly strolling (hence the title of my story), trying to grasp as mutch small details of the city I can. I tried to not activly choose my path but be led by architecture, people and the overal structure of the streets. While walking around I talked to people on the street and took portraits of them with a Mamiya RB67. Also I took several digital videos. The concept of the videos was to capture trivial scenes with little motion and a fixed frame. The images where then presented in the magazine in a kind of flip book style. 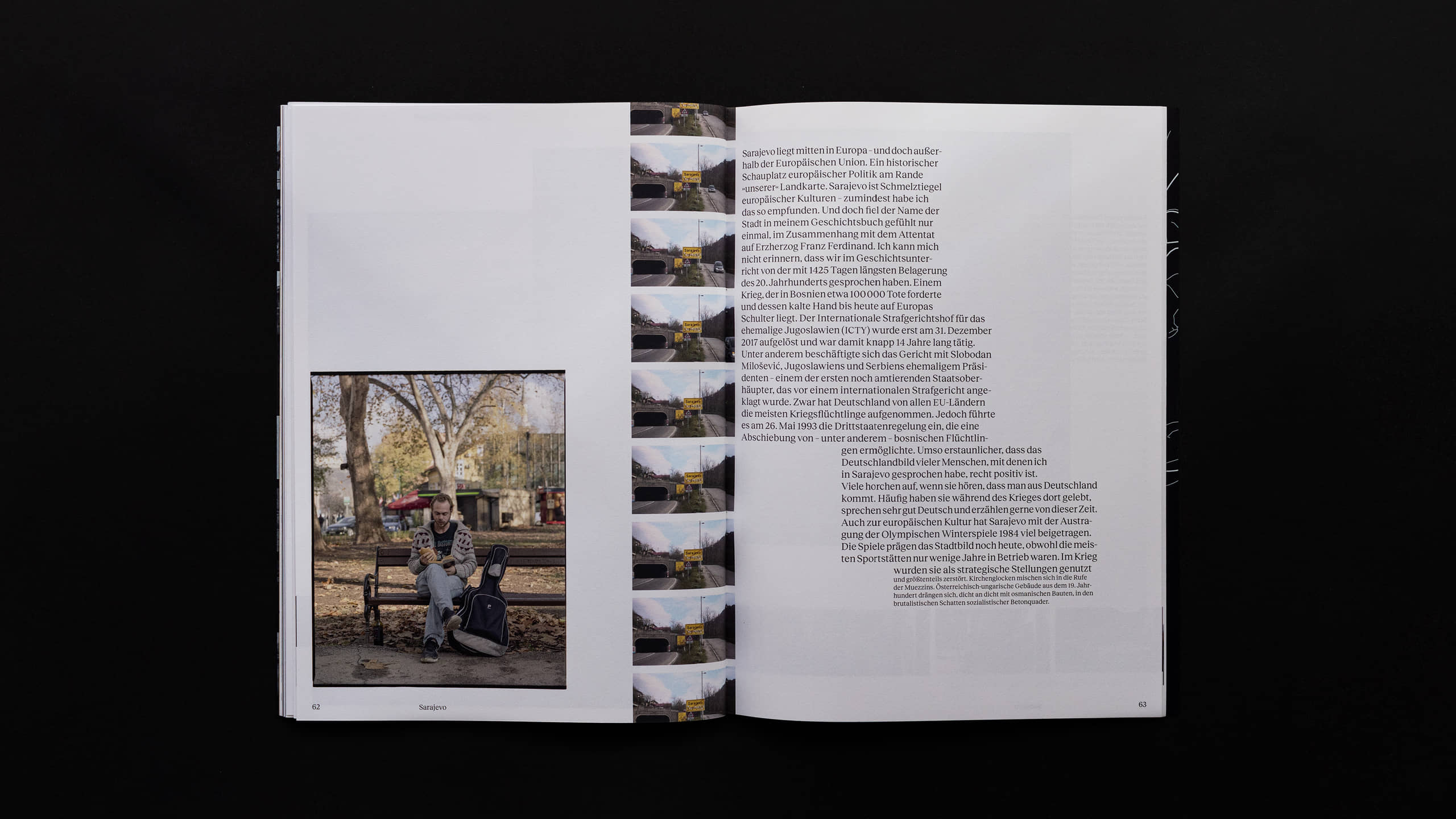 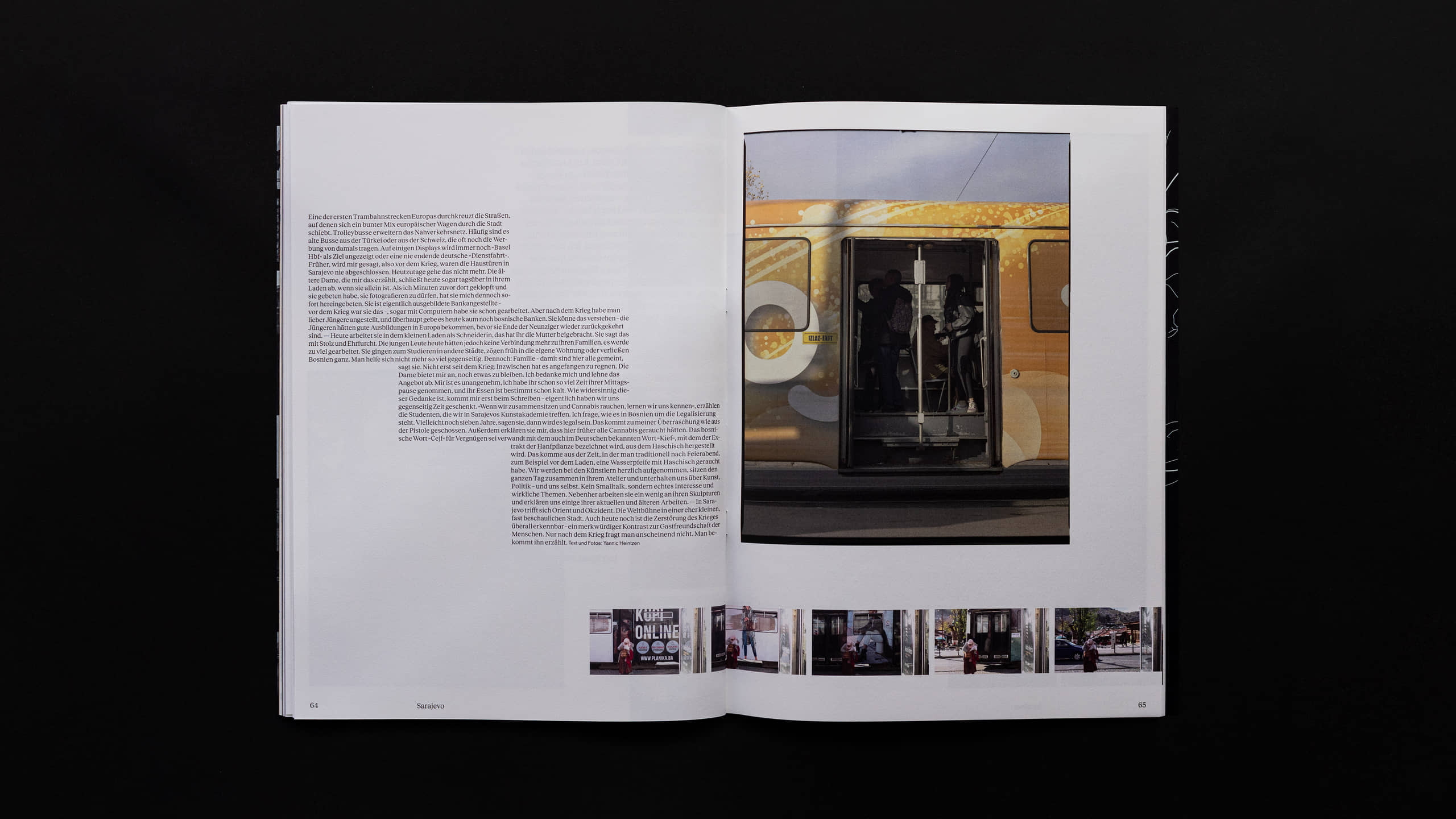 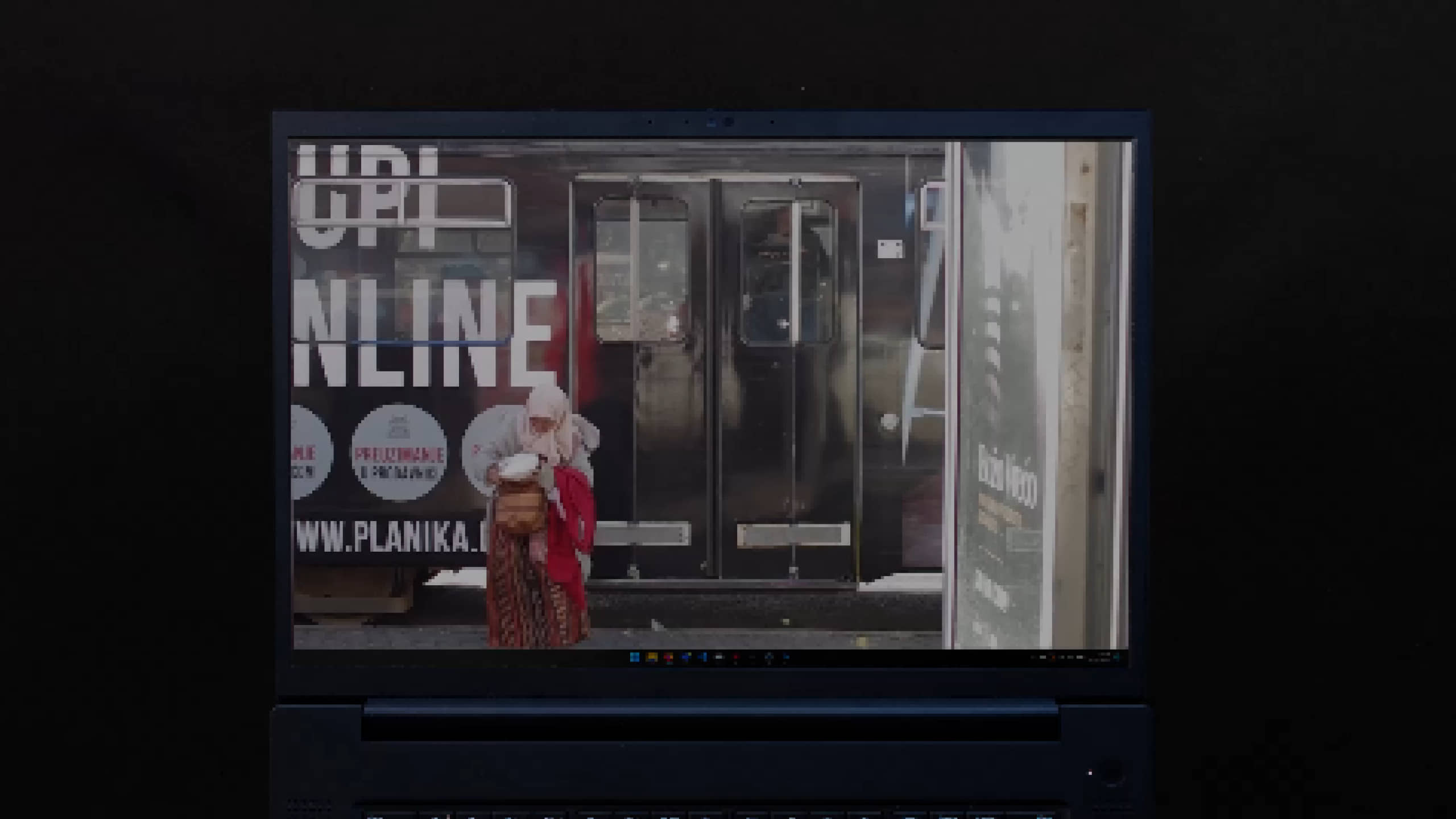 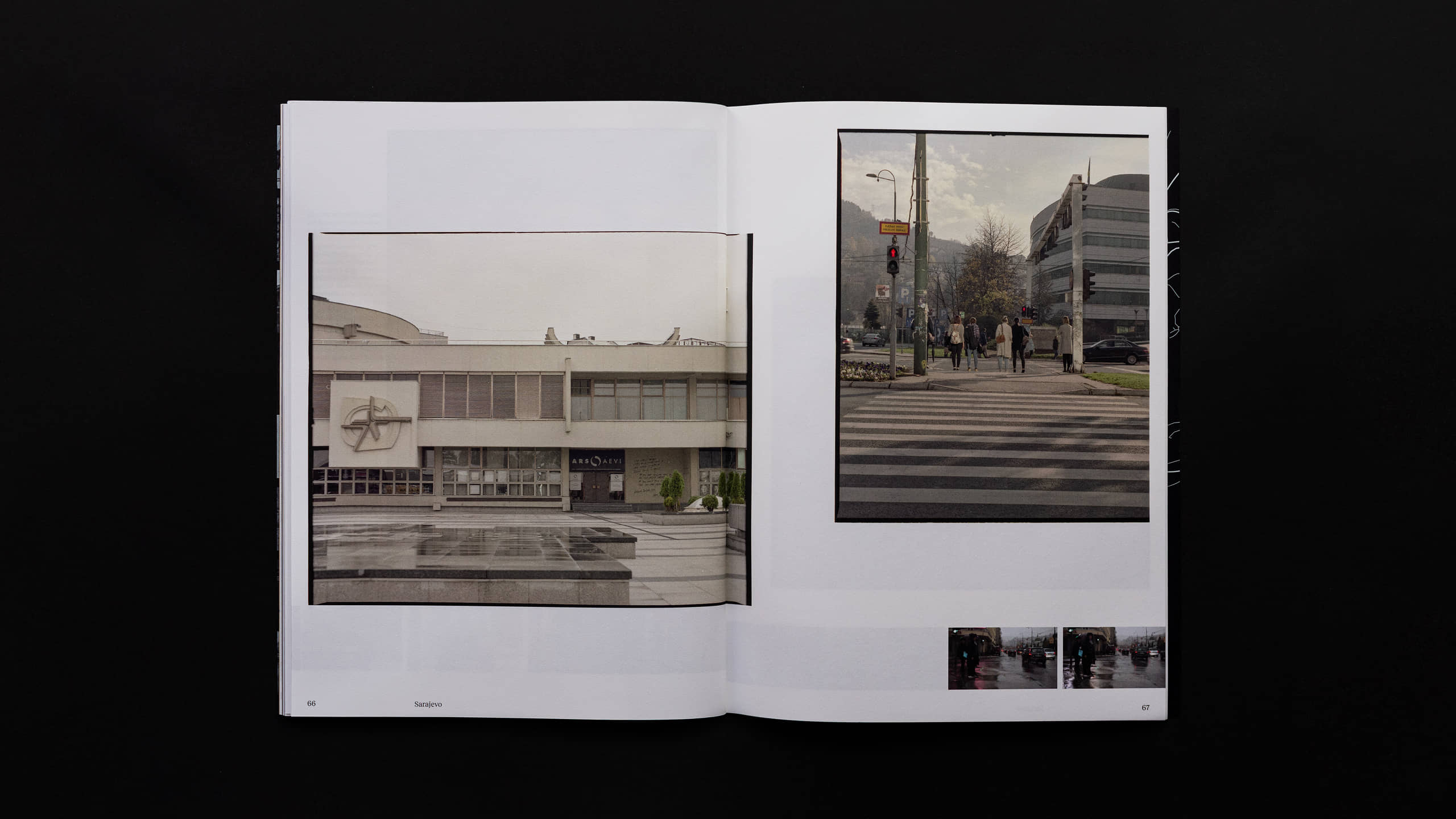 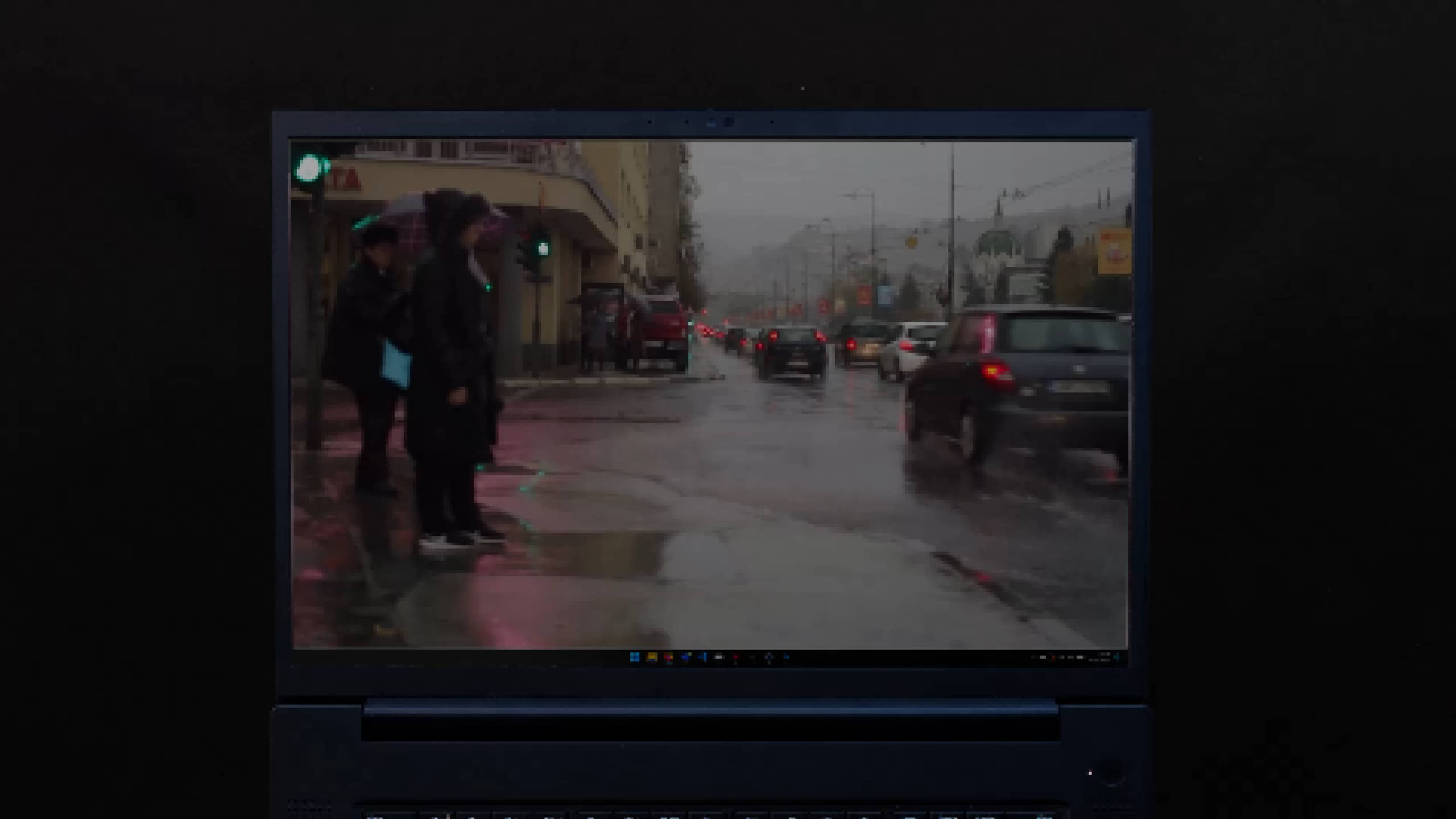 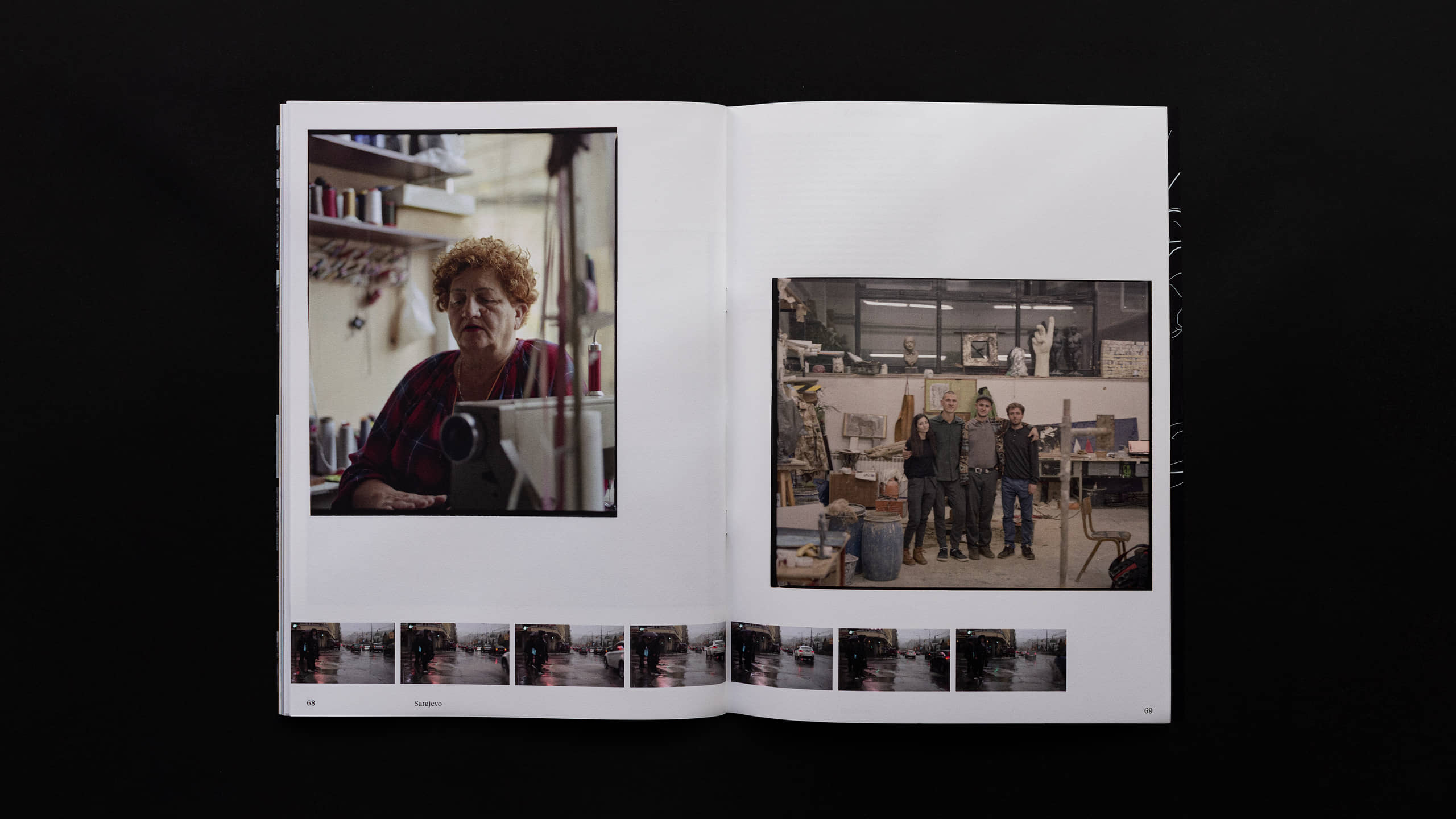 Lastly I was also part of the layout and editing process of Roman Kaiser's writings and photographs. He photographed the abandoned Hotel Igman which was build for the Olympic Winter Games in 1984. And he portraited people around the city and wrote fictional story conjoined to the images he took. 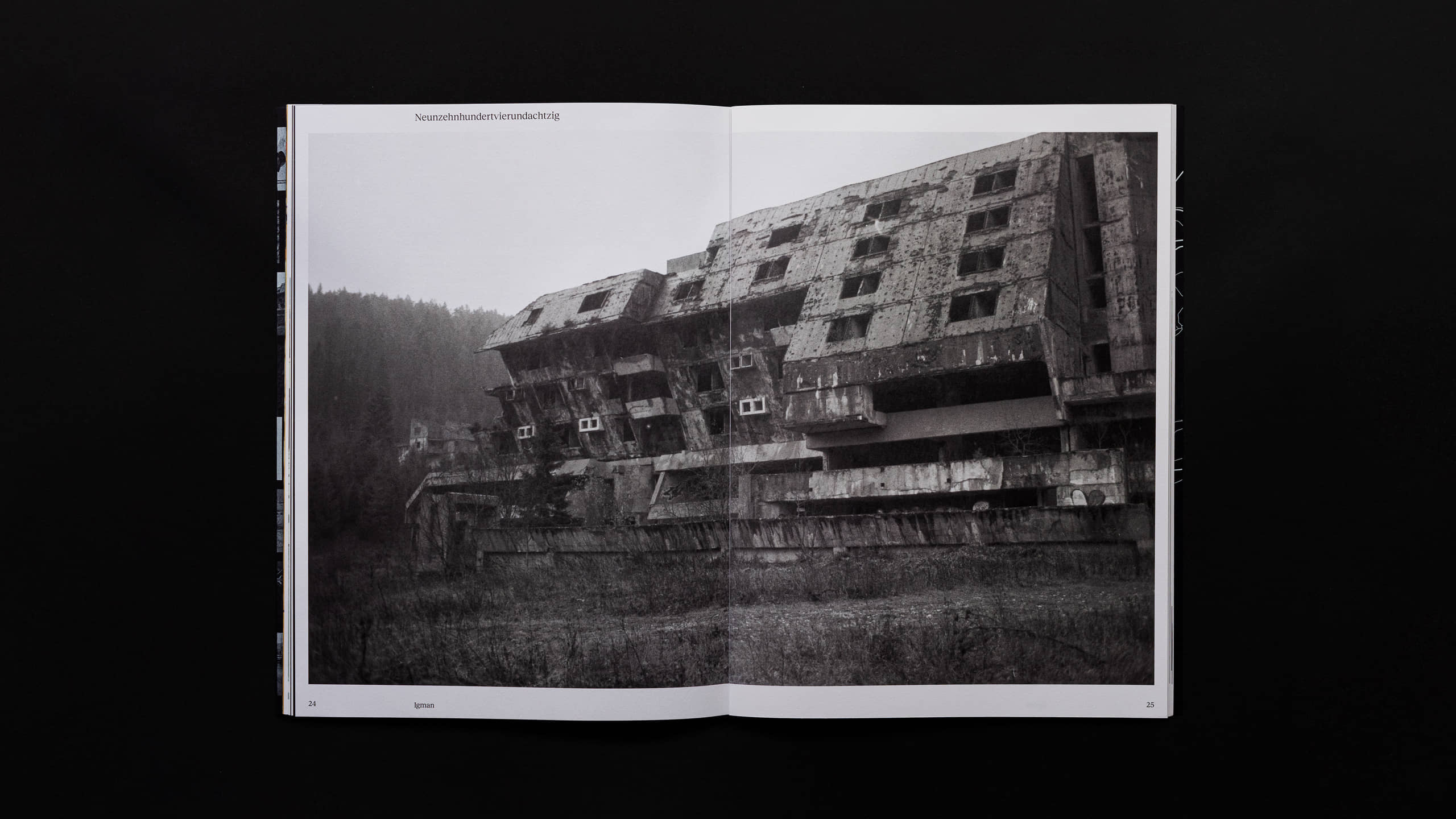 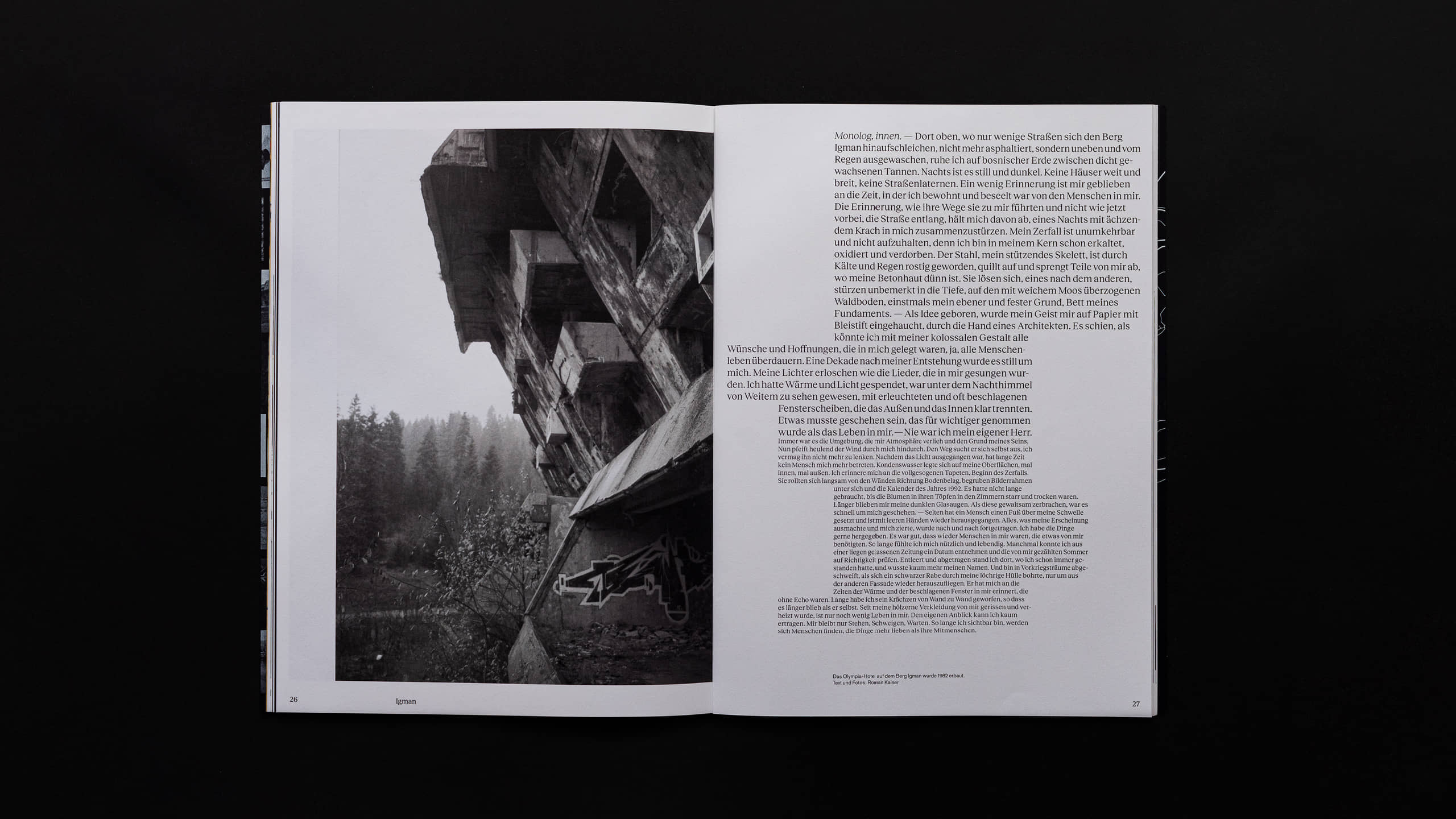 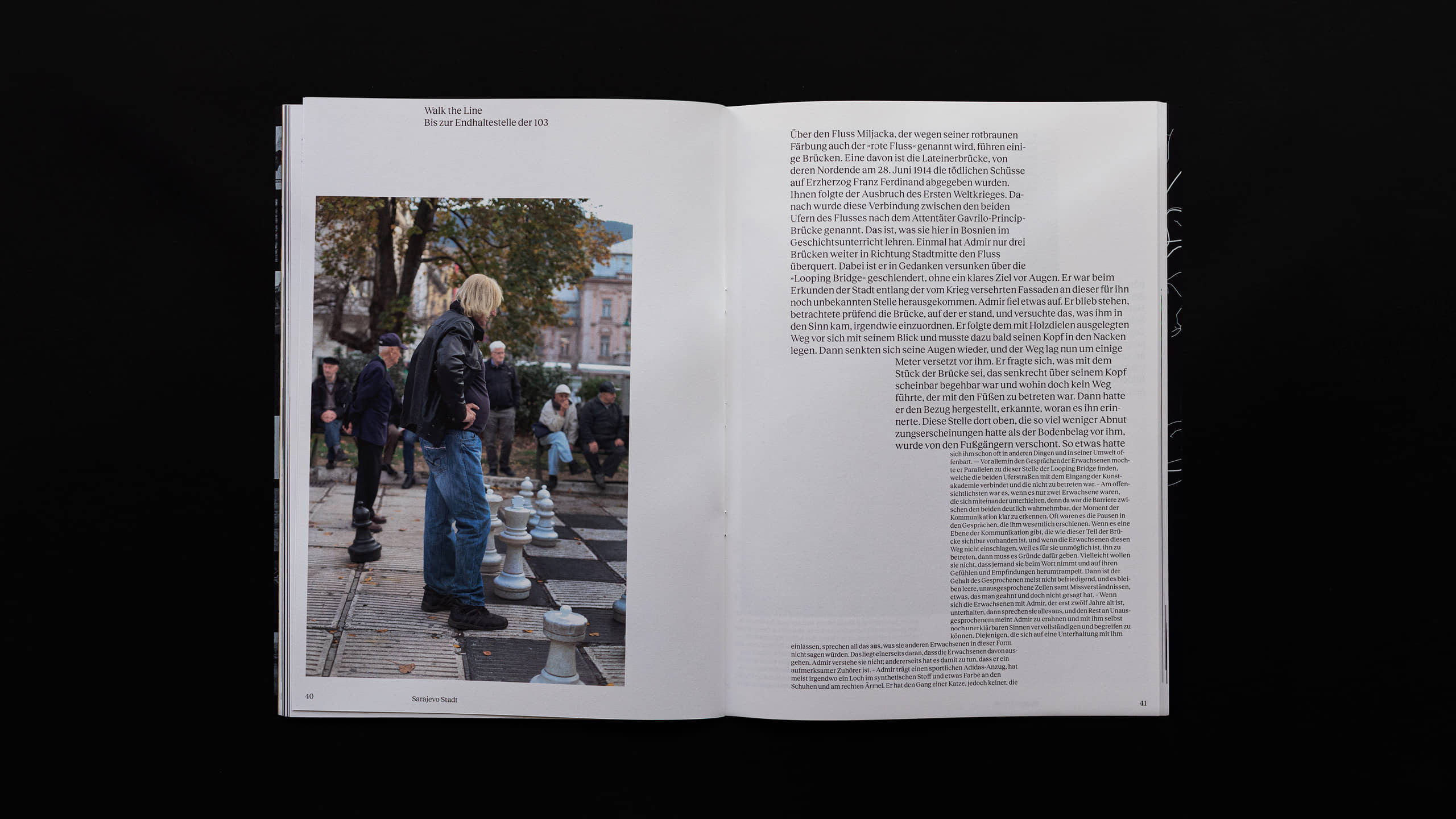 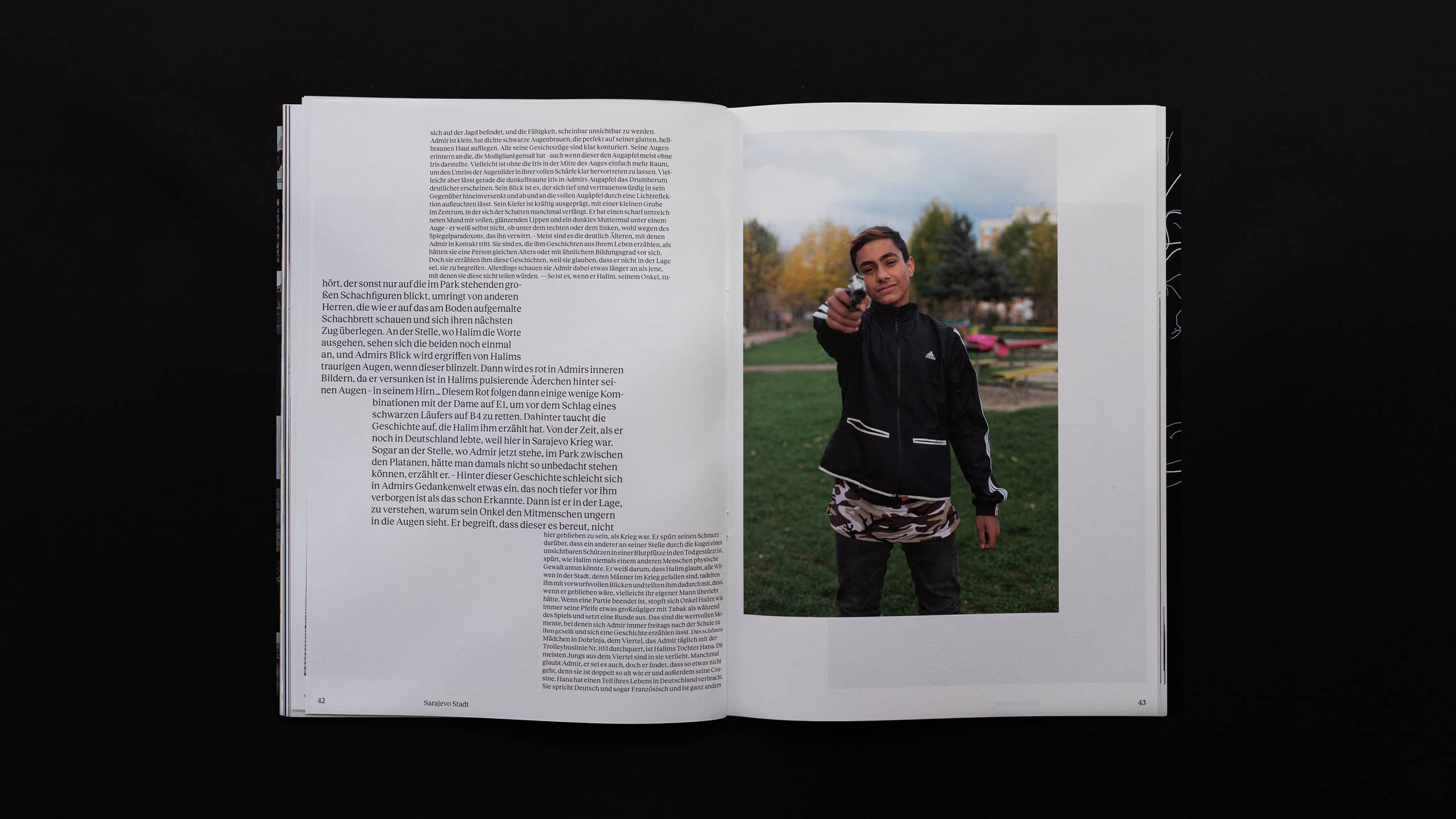 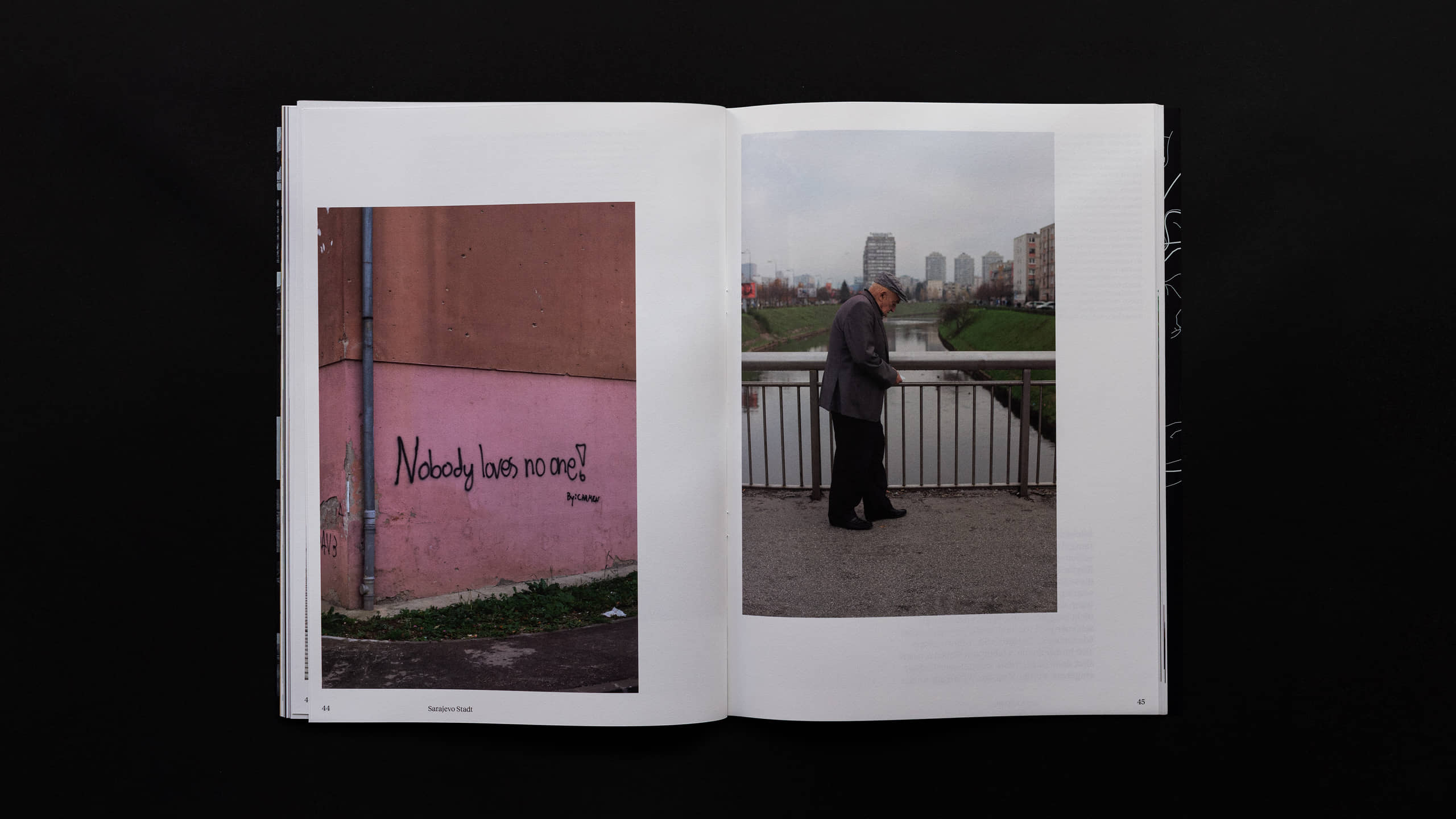 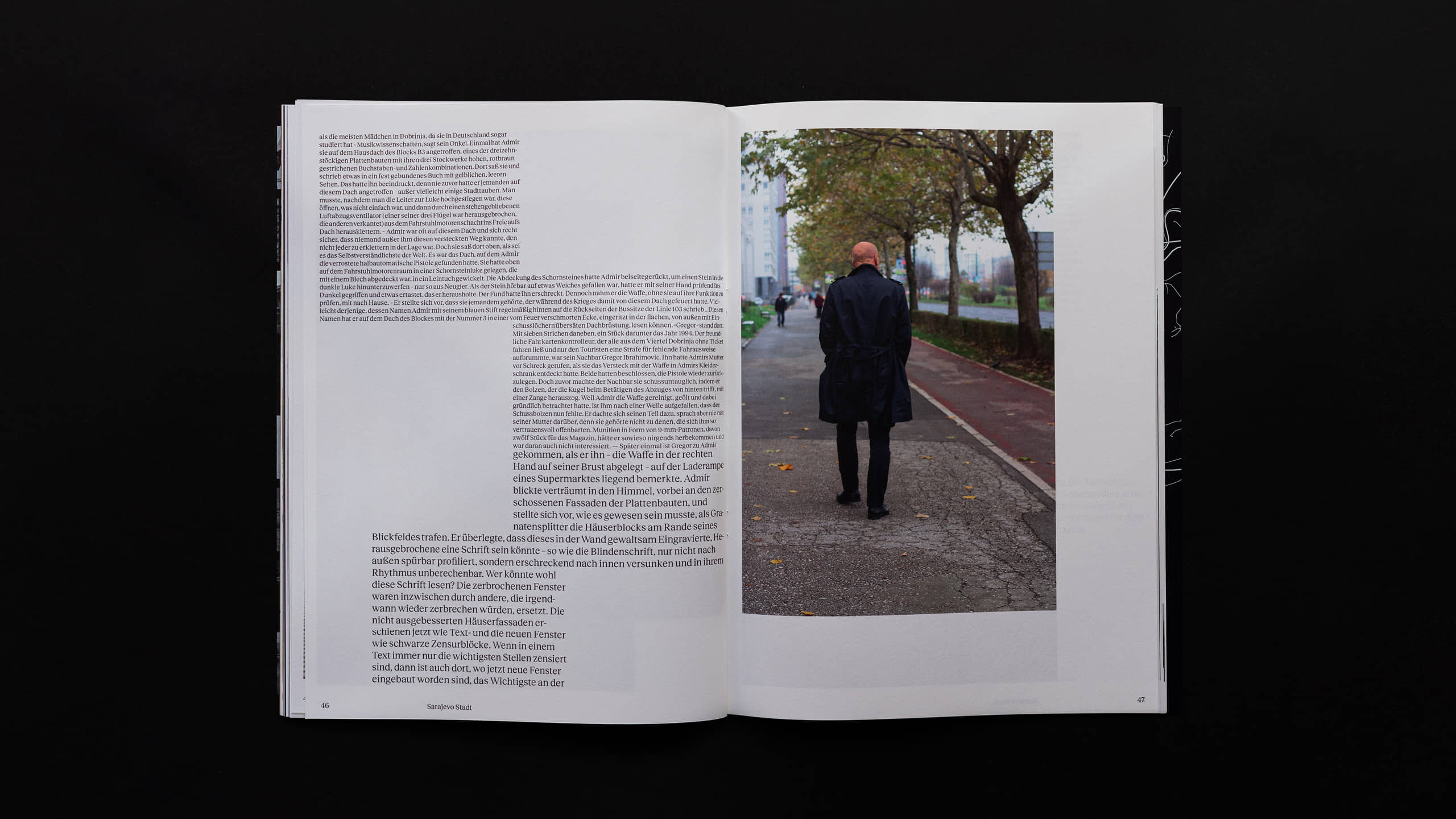 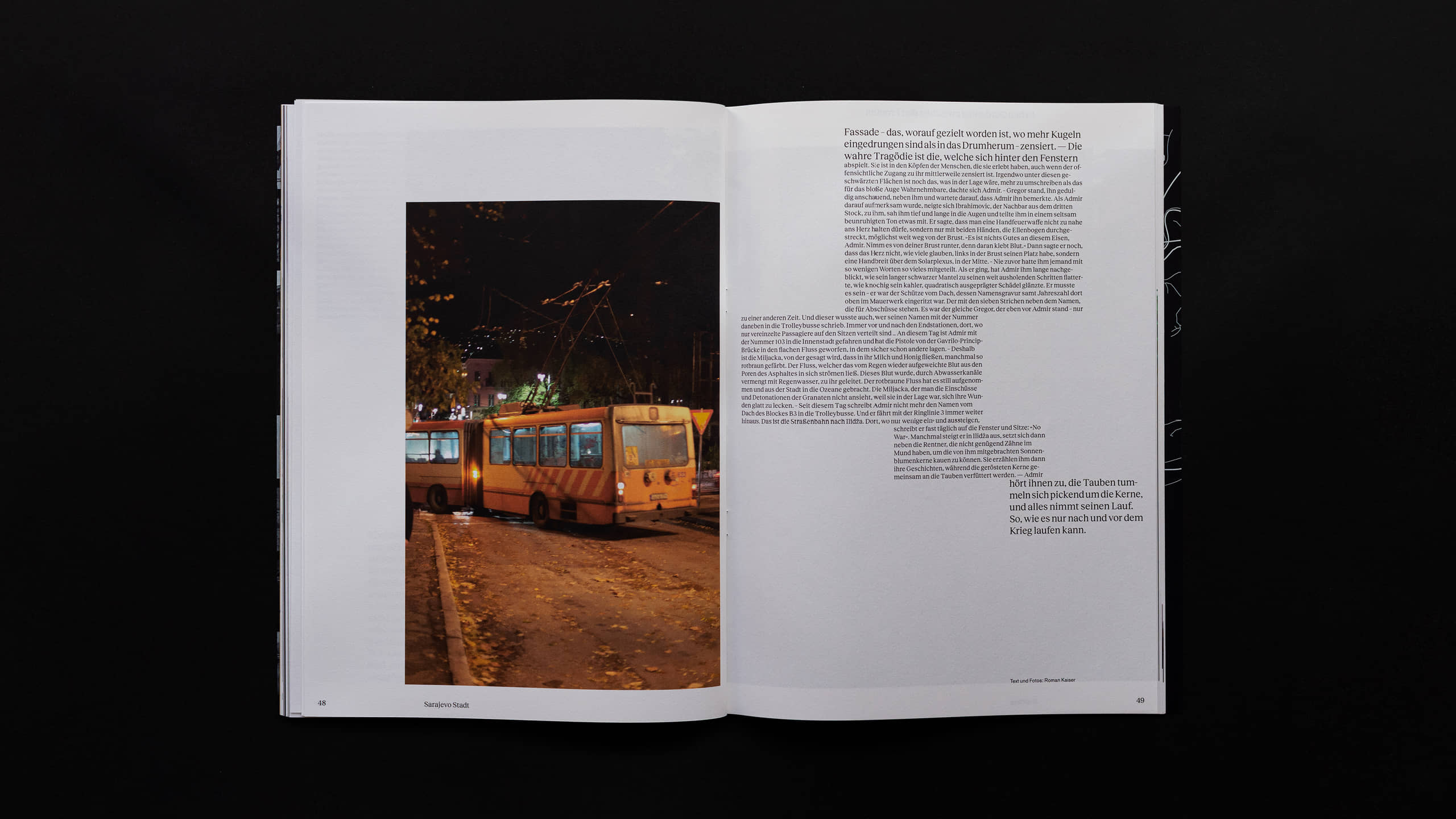 took on the roles of authors, photographers, designers and editors:

view the project on fontsinuse.com 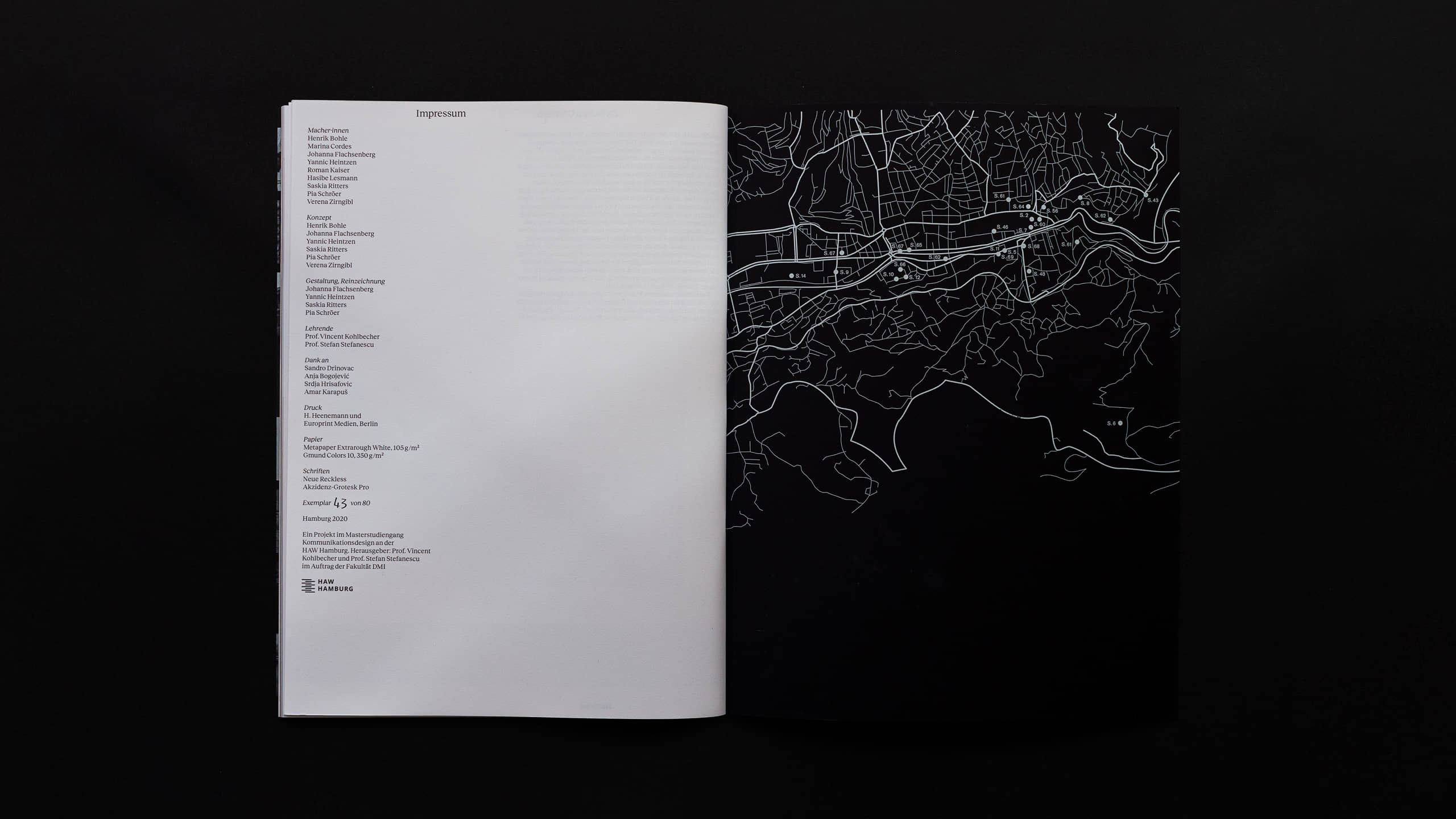